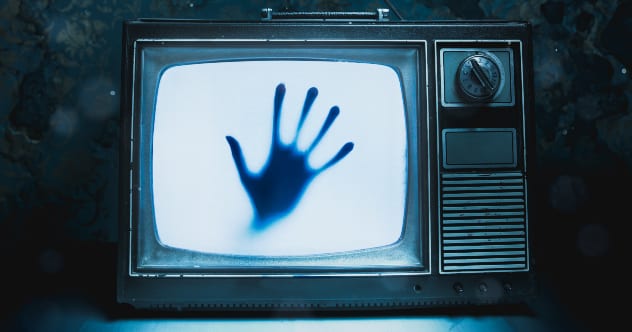 For thousands of years, humans have worshipped and feared the power of curses. Whether brought on by wrathful god, spurned witch, or confluence of bloody history, curses have vexed hapless souls since the beginning of society. And whether any of these vengeful spells were ever real or just products of our innate tendency to fit patterns to events, it’s hard to deny their cultural impact. So much so that the word has taken on a second meaning in internet culture, referring to images, video, audio, etc., that is unusually disturbing and mysterious. These ‘cursed’ media become a special subset of memes, ones meant to disturb, scare, or challenge instead of amuse.

This list looks at pieces of video and movies that show the whole range of curses: the allegedly supernatural curses that plague the unfortunate; the new, internet-styled cursed videos, which haunt psychologically instead of magically; and those that blur the line between the two. Here are 10 of the most cursed videos out there.

This is one of the first cursed videos to haunt the early days of YouTube, and in those days, sneaking it into hidden folders and renamed URLs was a popular way to prank friends. Created as both an experimental art film and a music video for the song “Afx237 v.7” by electronic composer Aphex Twin, the film is wall-to-wall disgust and discomfort.

The central focus is a deformed young man in a wheelchair, his head lolling about. He begins dancing to the EDM track while his chihuahua watches. But the blurred night-vision and quick editing with which the scene is presented takes any joy from the dance and makes the whole sequence erratic, nauseating, and disturbing.

In 1986, a series of three commercials were released for Kleenex tissues. They feature Japanese actress Keiko Matsuzaka dressed in all white sitting on a bed of straw next to a young child dressed up as an ogre. On paper that sounds like just an odd creative choice and nothing inherently sinister. But then you watch the actual commercial. A haunting and vacuous love song plays in the background and gives the whole scene a deeply unnerving vibe.

Supposedly, many thought the song was actually a modern reworking of an ancient German curse. Many viewers called in to complain and the commercial was taken down. But on the air or not, the curse remained. It’s said that most of the commercial’s cast and crew passed away under mysterious circumstances, the lead actress birthed a demon baby, and thousands who merely watched the clip went insane. It only gets worse if you watch it at midnight…

This one is chilling, not just for its content but because it is eerily plausible. In it, a man communicating only via ASL explains that his local cemetery is so mismanaged and unable to maintain its quality that he has decided to keep his great grandmother’s casket in his own yard. Above ground. Worse is that the video culminates in him opening the casket to reveal her partially decomposed body, which he then kisses. On the mouth. He kisses a rotten, decomposing corpse on the mouth. And it’s on video. This video. It’s hard to say more because seeing that is enough. More than enough. And it’s so disturbingly possible.

There is no curse I take more personally than the curse of Atuk. That’s because, whether by curse or sheer misfortune, the end result is four comedy legends—maybe five—meeting an untimely demise.

The curse surrounds a movie script based on the Canadian satire novel The Incomparable Atuk. The book tells the story of how an Inuit moves to Toronto and gradually succumbs to its big-city temptations, becoming as greedy and snobbish as those he initially despises. When it came to adapt the picture for American moviegoers, a few big names in comedy were considered for the role.

Now, that’s all way oversimplified and also easily explainable. The lead role exclusively went to overweight actors, most of who had drug problems. But it’s easier to rage at a curse than to accept that those five titans are really gone without reason.

6 Internet- Man gets lost in the catacombs of Paris

Though its authenticity is dubious, this clip is frightening. An extensive, labyrinthine network of tunnels known as the Paris Catacombs snake their way beneath the French city. Though about a mile of the structure is open for tours and the rest off-limits, thrill-seekers and ghost-hunters often find ways to break into the restricted sections and explore their dark passages.

On a 2000 episode of the ABC Family show “Scariest Places on Earth,” alleged found-footage was shown that chronicled a lone explorer of the forbidden tunnels as he gets lost and disorientated in the dark. In the video, the man explores the tunnels calmly, but gradually he starts moving faster and faster and eventually drops his hand-held camera and sprints away. The camera keeps shooting after he’s out of sight, showing a dark, quiet tunnel that begs the question: did he simply lose his orientation and panic down there, or was he running from something?

Alright yes, technically this curse lies within the song itself and not any particular video, but that also means that any video containing the song’s full, unaltered audio is a potentially curse-inducing experience. The song is “Gloomy Sunday” by composer Rezső Seress, but came to be known as the Hungarian Suicide Song. This is because, shortly after its 1935 release, as many as 20 suicides in and around Hungary were associated in one way or another with the song.

In many cases, anecdotal reports from those closest to the deceased claimed that the suicide victims had listened to the song just before doing the deed. Though these rumors are unsubstantiated in most cases, it is worth noting that Seress, the song’s creator, also committed suicide years later. In addition, rumors notwithstanding, the popular Billie Holiday version of the song was indeed banned by the BBC for harming public morale.

This video purports itself to be actual found footage released by Croatian authorities to find the video’s authors. The footage shows two Croatian teens as they test out their new videocamera in a park. Eventually, they notice that a man seems to be following them around. The man is hunched and apelike, and he has a sack over his head. It would be oddly funny in any other context, but he comes closer and closer to the teens, eventually getting right next to them. They run into a nearby building and seem to have lost the man. Then they call an elevator and when it opens… the video cuts out with the two screaming.

“Poltergeist” is horror movie royalty. Produced by Spielberg at his height, the film was released in 1982 to acclaim from both audiences and critics, and became a commercial success. The story centers around a suburban family who unknowingly make their home atop a Native American burial ground, and thereby find themselves the victims of a wrathful, ghostly curse. But, just as the movie’s curse escapes from the family’s TV, the real-life Poltergeist’s curse seems to have found its way out of the big screen and onto the set.

A number of cast and crew died mysteriously and unexpectedly. Heather O’Rourke, the young lead of the series, died unexpectedly at age 12. Dominique Dunne, who played O’Rourke’s older sister, was murdered within a year of the first film’s release. Julian Beck and Will Sampson both passed away shortly after finishing their work on the second film. Other creepy rumors about production persist, such as actual exorcisms occurring on set and real human remains being used instead of replicas in the first film’s infamous pool scene.

This one, too, seems eerily plausible. You have to assume that it’s fake like most every other, but just the fact that you’re left to wonder makes it terrifying. The video comes from a VHS on which a man has recorded a video dating profile. In a Hawaiian shirt, and in front of a tropical background, he sits and introduces himself, explaining why he’d make an excellent romantic partner. It’s more sad and awkward than anything. But at one point, a sound comes from off-camera that distracts and enrages him. It sounds like a woman, perhaps gagged, moaning and screaming in pain and terror. He explodes, screaming at her to shut up and getting up to deal with her… and then calmly begins recording another take of his dating profile. It’s just subtle enough to prevent being immediately dismissed like more overt horror would be.

Producer Harvey Bernhard said at the start of production for 1976’s “The Omen” that, “the devil was at work and he didn’t want that film made.” He may have been right. Only two months before filming began, star Gregory Peck’s son committed suicide. During filming, Peck’s plane was struck by lightning. Producer Mace Neufeld’s plane was also struck by lightning. Another bolt of lightning almost hit Bernhard himself. The IRA bombed the hotel Neufeld was staying at.

A plane originally slated to capture aerial photographs for the film, but which was rechartered at the last minute, crashed and killed everyone on board. An animal wrangler on set was mauled by a tiger and died from his wounds. An assistant to special effects supervisor John Richardson was decapitated in a car crash. Is that all coincidence? …yeah, almost certainly. But it’s hard to discount just how much tragic coincidence there was.