First appearing in English in 1607, the word ‘pimp’ is thought to have stemmed from the French infinitive ‘pimper’ meaning to dress up elegantly. These days, however, the term has taken on a whole new disgraceful meaning. Nevertheless, such a vile line of work has had its share of colorful moments in history. From the days of Caligula to the 21st Century, the following ten explores the obscene underworld of a “profession” that has been both vilified and revered (depending on the party) for centuries and perhaps, centuries to come. 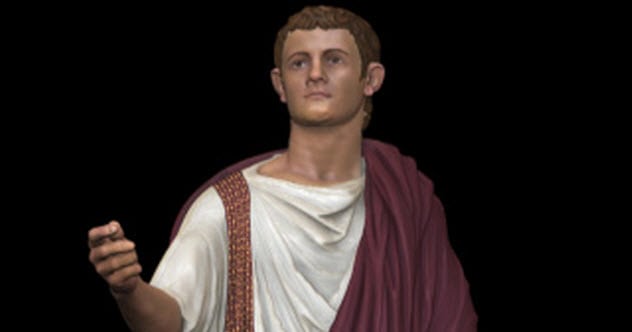 As far back as 200 B.C., prostitution flourished in Roman cities with brothels lining the streets. With no male relatives for protection, the majority of prostitutes were slaves to their pimps, both literally and legally. By 37 A.D., Caligula came to power creating a statute that required pimps to register for both tax and identification purposes. This action allowed Caligula to procure more money for the state all the while legitimizing prostitution as a valid business. In spite of a major shift in attitude towards the sex trade, pimps and prostitutes were still looked down upon by society as third-class citizens. In fact, pimps were even omitted from certain responsibilities that regular citizens would enjoy. In time, the statute lex Iulia et papia would be enacted, further setting up sex workers for social failure given the provisions. For example, the new law did not allow pimps or prostitutes to marry outside of the ranks of ex-slaves, thus ensuring no personal growth or foreseeable future for one’s dismal life. Ensuring Caligula’s legislative act, such laws would continue to be enforced by future emperors for the next 450 years. 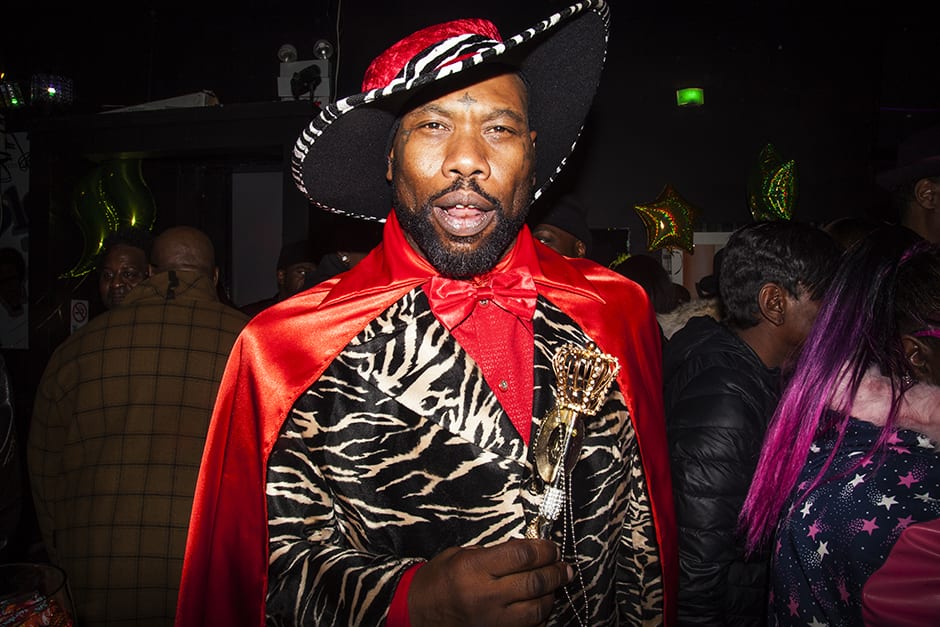 Every year, hundreds of pimps dressed in lively fur coats and accompanied by a stable of prostitutes gather at Chicago’s annual Players Ball. The November shindig has been a tradition since 1974 when it was founded by the legendary Don “Magic” Juan who claims, “the Players Ball brings people together to recognize that pimpin’ is hard work, despite what the public thinks.” There is no pageant or performances, simply an absurd party of excess where awards are presented to the upper echelon of pimps. The award of the evening, “Pimp of the Year,” is granted to the most well-known, respected, and highest-earning “Mack.” Deliberations over the criteria for the winner are discussed—often argued—over drinks with other high-rolling pimps before a final vote is cast. Other categories, albeit not as glamorous, are “No. 1 International Pimp of the Year,” “No. 1 Super Player,” and “No. 1 Boss Player.” 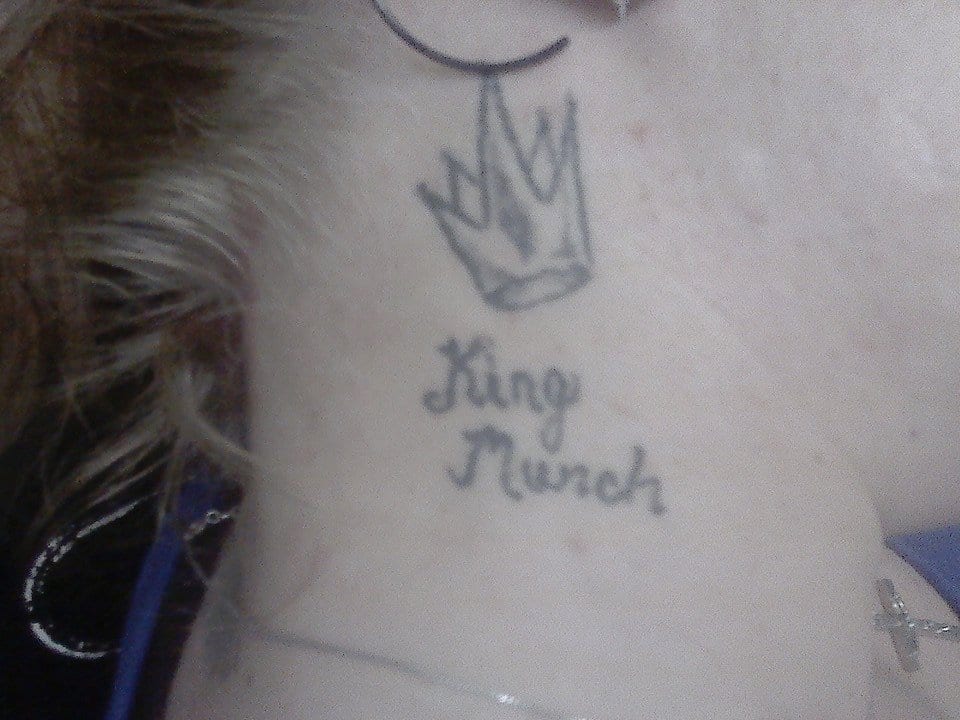 Chivalry of pimps is so endearing that it boggles the mind why any girl would want out. Case in point, pimps tend to demonstrate their “love” by physically marking (tattoos or branding) their “property” to demonstrate ownership. “I call it my war wound,” stated one woman who has her ‘Johns’ name tattooed across her chest. “I got it when I was 14-years-old, and he was one of my pimps.” Such morbid practices are commonplace according to LAPD Vice Sgt. Ron Fisher explaining, “It lets other pimps know that this is their property.” Apparent physical demonstrations of control are limitless; from neck tattoos with the charming “F— You, Pay Me,” to large initials tattooed on a girl’s face, marks merchandise that has been spoken for. Such horrid practices are reminiscent of past slave owners mutilating their ‘property as if they were cattle. 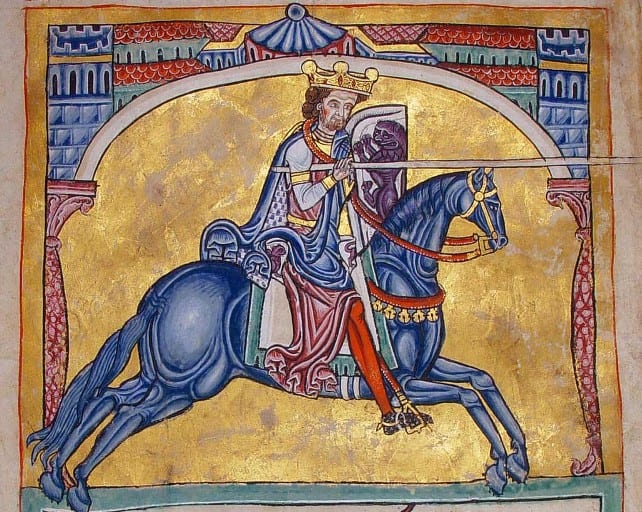 Among the earliest regulations—a section of codes one must abide by—throughout Europe was that of prostitution. Castilian ruler Alfonso IX (ruled 1188-1230) was one of the strictest enforcers to enact such laws that concentrated on those who profited from prostitutes. The codes were clear and simple: Pimps were to receive 100 lashes for their first offense; for the second they were to be banished for life; if they remained and were caught for a third offense, they were sent to the gallows. Outspoken women who supported pimps had their clothes destroyed and were marched to the town square in the nude where they were whipped. Landlords caught renting rooms to prostitutes had to pay a handsome fine along with having their house impounded. As for brothel keepers, they were ordered not only to free the women in their brothels but find them husbands. If they failed to do either, they were to be hanged. Perhaps most romantic of all, husbands who prostituted their own wives were executed. No trial, no questions asked, just a simple dismal march to the gallows.

According to records from the Justice Department, arrests for prostitution from 1990 to 2011 dropped nearly 50 percent in the U.S. The reason for the decline is all thanks to the internet allowing tech-savvy escorts to bypass their Mack Daddies. Such practices are not a laughing matter to a pimp and frankly, quite sobering. Though still illegal as any other form of prostitution, police in general are less inclined to conduct costly operations for one individual as opposed to a street roundup. The internet is also inviting for the ‘ladies of the night’ due to claims that they “tend to engage in safer sex practices and often have repeat customers.” But when it truly comes down to it, being online is far more lucrative. 93 percent of online escorts are “independent” versus 40-80 percent who walk the streets under the complete control of a pimp. On average, today’s high-end escorts charge $500 per hour and up, none of which is forfeited to a scumbag in a flamboyant suit and purple platform shoes. 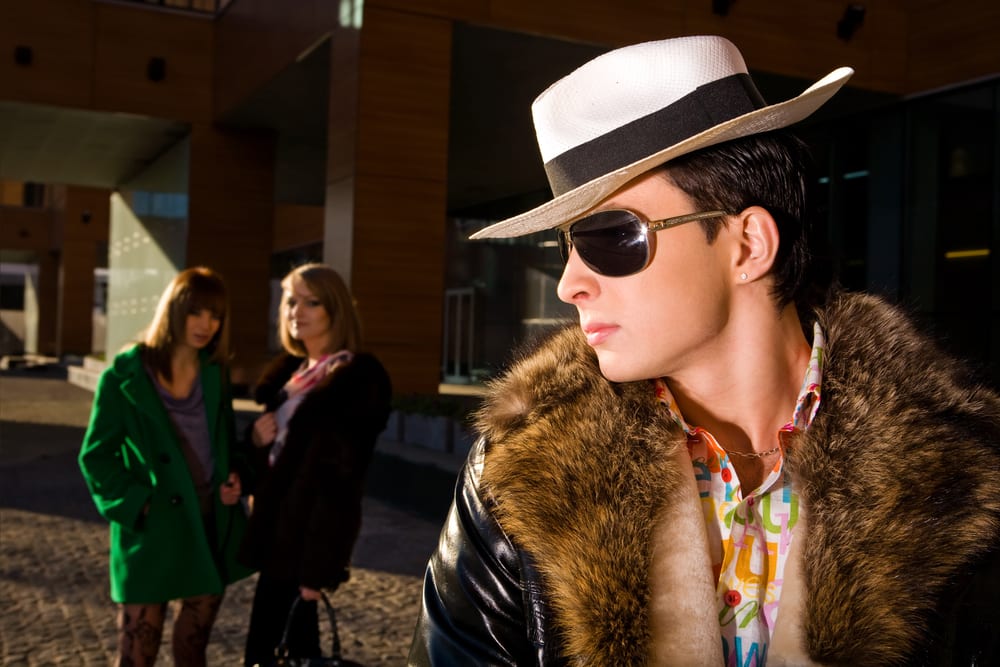 While pretending to operate as a business, pimps like to picture themselves as savvy businessmen with invaluable knowledge. If business is good, oftentimes a ‘bottom girl’ is brought on to work as an office manager (collecting cash while keeping a lookout for law enforcement.) If one of the girls in their “stable” chooses to leave their pimp for another – a “Choosy Susie” – business etiquette in the pimp world requires manners. For the pimp that was “peeled” (lost a girl), it is expected as a professional courtesy that he receive a notification—perhaps a phone call or a Hallmark card—by the other pimp notifying him. Any attempt at retaliation due to such a blow – both financially and to one’s ego—is surely met with violence labeling the aggressor a “Gorilla” or “Godzilla.” Understandably, the pimp world has its own verbiage many may not understand. Let us take a closer look at some of the more colorful terms in the following… 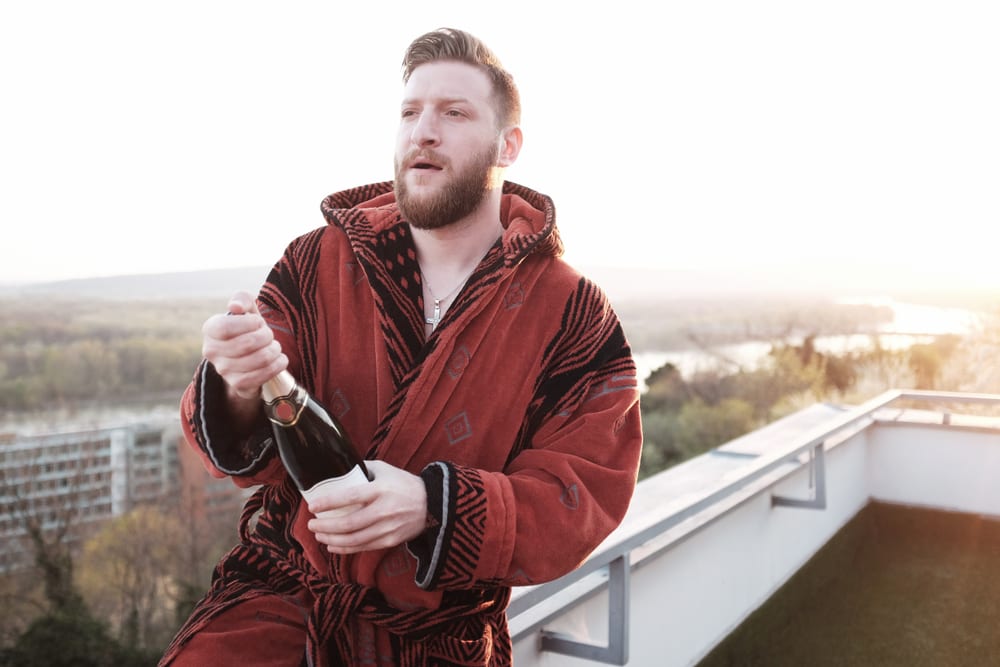 Pimps that pride themselves primarily through psychological manipulation or by showering their “property” with gifts or affection are known as “Finesse/Romeo Pimps.” However, don’t let the name fool you as the threat of violence is constantly present and often makes itself known quite. This is referred to as a “Head Cut”—or in layman’s terms—when a girl receives a severe beating. Victims who are prostituted at truck stops are known as “Lot Lizards” while those who belong to no one are “Renegades.” In addition, traditional pimping rules state that if a girl makes eye contact with another pimp she is “Choosing Up”, thus, allowing him to officially take “ownership” of her. Due to this, women who are spoken are instructed to keep their eyes to the ground at all times. If the original owner/scumbag wants his property back, he must pay a fee to the new pimp. In the end, the girl would be forced to work much harder to replace money lost in transaction and most certainly, would receive a “head cut.” It’s unlikely such sophisticated vocabulary will ever be taught in schools, although these days, who knows.

From 1850 to 1930, Buenos Aires was riddled with hundreds of Jewish rufianos (pimps) having seized control over the entire prostitution trade. Bordellos lined the streets, each housing as many as 80 sex slaves (Jewish girls ages 13 to 16) abducted from Eastern Europe as victims of human trafficking. With powerful connections the rufianos felt invincible, even going as far as parading their “property” around in the nude for potential clients at daytime meat markets. As the Jewish community’s disdain grew, rufianos suddenly found themselves banned from community balls, synagogues, and even burials in Jewish cemeteries. Banishment from eternal rest seemed far too much for the pimps to handle leading them to form the legal ‘Zwi Migdal Association.’ From there, the association began purchasing land on the outskirts of Buenos Aires, eventually establishing their own cemetery. Following a military coup in 1930—at which point the rufianos controlled 2,000 whorehouses with 4,000 women – the pimp ring was finally smashed. Today the overgrown cemetery remains housing the bodies of thousands of pimps along with their victims buried side by side. 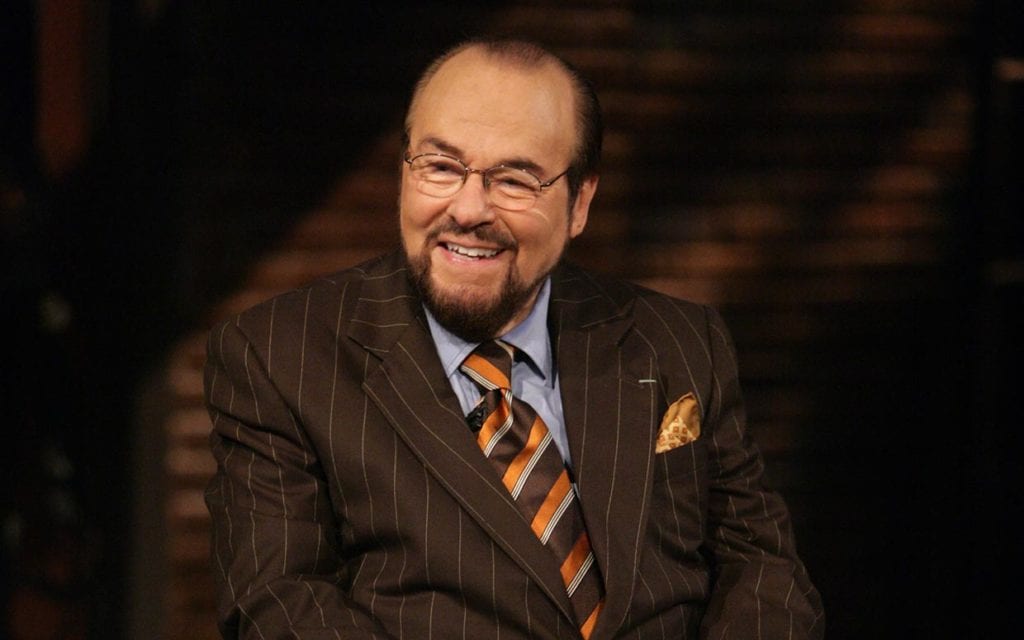 James Lipton of ‘Inside the Actors Studio’ revealed to Parade magazine in 2013 that one of his first professions was that of a pimp. Yes, you read that correctly, a pimp. Living in post-war Paris in the 1950s, jobs were seldom to come by for both men and women, thus, “it was perfectly respectable for them to go into le milieu.” Though he never believed in purchasing sex, Lipton became quite close with a prostitute named Regine; “It was platonic. Anything else would have spoiled that. I certainly wasn’t going to pay her. And she certainly wasn’t going to give it to me for free because that would have been my exploiting her … sexually. So we were stuck … but we liked each other.” However, with no income or future prospects, Lipton had no choice but to return to America when Regine suggested another idea—becoming her “mec” (pimp). Stepping in the shoes of his new profession, Lipton would approach tourists asking if they “would like a personal tour … a sexual exhibition. I did a roaring business!” Lipton went on to say that he was not ashamed of his new role adding, “She was my friend. I was of help to her. And we had some amazing adventures.”

The 1828 race between Andrew Jackson and John Quincy Adams is regarded as one of the dirtiest and personal presidential campaigns in American history. The two rarely touched on actual issues, focusing more on mean-spirited, low-minded, and absurd allegations. Adams, having been an ambassador to Russia, was accused by Jackson of being a pimp while overseas. Specifically, Jackson’s campaign claimed Adams was selling maids to the czar for sexual services. Adams countered by insinuating that his rival’s mother was a “common prostitute, brought to this country by the British soldiers.” Jackson’s wife Rachel was ridiculed as well with false claims that she was “a convicted adulteress” who was prone to “open and notorious lewdness.” Basically, everything at this point has been focused on sex, that is, until Jackson was accused of being a cannibal. A handbill of Adams read that after Jackson massacred 500 Native Americans, his “cannibal propensities” led him to eat dozens of “Indian bodies for his breakfast, which he devoured without leaving even a fragment.” In the end, voters had the option of electing to office either a cannibal or a pimp; the pimp lost with Jackson the cannibal winning in a landslide.