Belarus has been in the news a lot lately, which has left many Westerners wondering about the country. After all, it’s not as well-known as other European nations, leaving many knowing little about it.

This list aims to highlight some of the more interesting facts about the country, focusing on its history and the people who live there.

These ten facts don’t cover everything you should know about Belarus, but it’s a great place to start learning about this fascinating country. 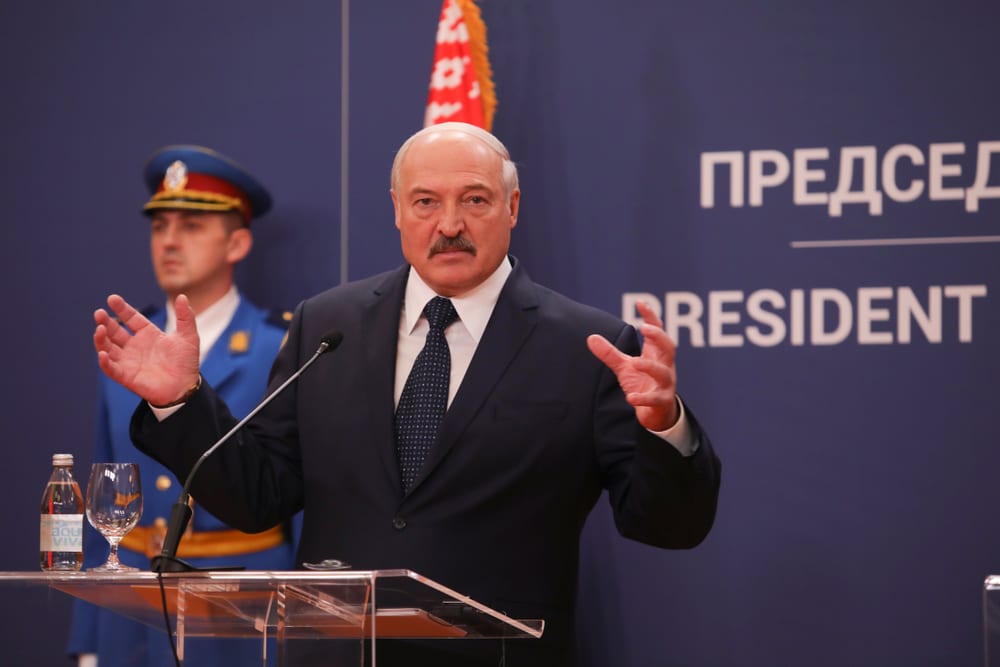 Like everywhere in Europe, Belarus has been populated for an incredibly long time. People have been living there and developing the area’s unique culture for many centuries, but the nation that calls itself the Republic of Belarus is relatively new.

The country that we know of today as Belarus declared itself an independent nation on 25 March 1918. This was when the landlocked nation declared its independence from Russia, as it had existed as a part of that nation before that point. Of course, it wasn’t officially recognized as a new nation right away.

That didn’t happen until much later, when, in late 1991, the U.S.S.R. broke apart, leaving many of its constituent republics to declare themselves fully independent. This occurred for Belarus on 10 December 1991. The day after Christmas that year, it was officially recognized, and by March of 1994, it had a working Constitution.

Since becoming an independent nation, Belarus has joined the United Nations, the CIS, CSRO, EAEU, and other organizations. However, it hasn’t made an effort to join the European Union. Belarus has been led by Alexander Lukashenko since he won the country’s first Presidential election in 1994.[1]

One of the greatest natural disasters to wreak havoc across Europe over the past couple of millennia is the loss of old growth forests. To be fair, this problem is hardly limited to Europe. Still, it’s difficult to find any significant and lasting forests like the ones that inspired many of Grimm’s Fairy Tales.

While that’s true of many nations, Belarus not only features a great deal of forested land, it’s home to the largest old-growth forest in Europe. Not only that, but the country is so saturated with forests, they cover 40% of the country’s 80,200 square miles (207,600 square km) of land.

The largest forest, Belovezhskaya Pushcha, is home to European bison and many other indigenous plants and animals. Sadly, it’s all that remains of the primeval forest that once covered the European Plain, but that doesn’t make what’s left any less beautiful to behold.

Many of Belovezhskaya Pushcha’s oak trees have been standing for 600+ years. Since 1992, the forest has been preserved as part of the UNESCO World Heritage Site Białowieża Forest. It borders Poland, and since May of 2015, it has existed as a visa-free area, making it possible for anyone to easily visit and enjoy.[2] 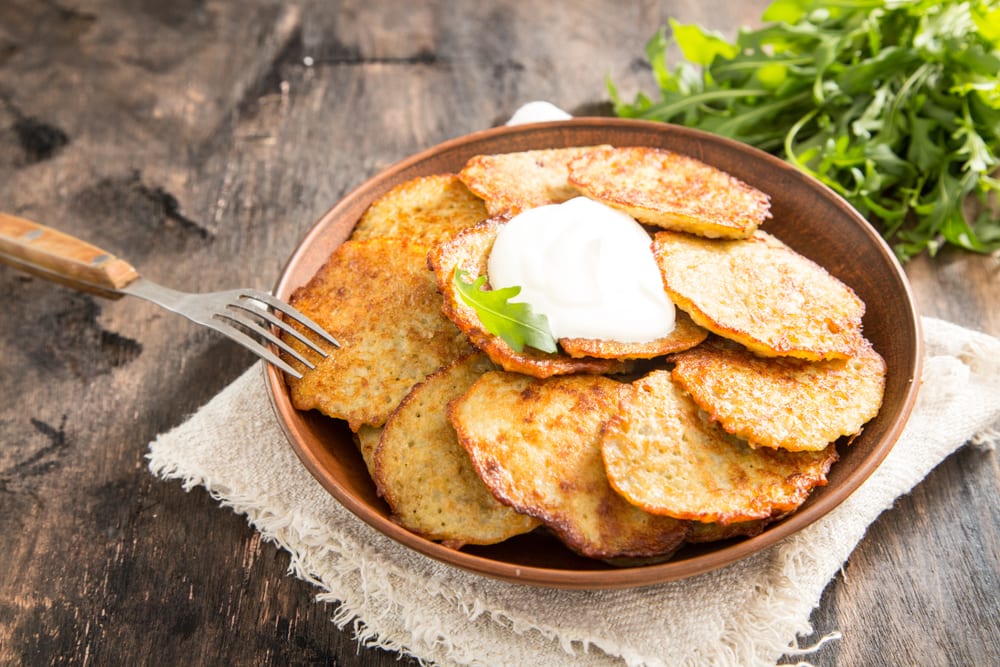 While the world tends to associate Ireland with potatoes (for various reasons), the nation that eats more potatoes per person is, first and foremost, Belarus. The versatile vegetable is beloved in the country, which sees the average citizen eat 397 lbs. (180 kg) every year.

That’s a lot of potatoes (Ireland sees only around 150 lbs. (68 kg) per person, per year).[3] Like any culture that favors something as versatile as the potato, Belarusians enjoy eating the veggie in various dishes, with potato pancakes being a national favorite.

Draniki (potato pancakes) are similar to those found in other countries, though they are known for their rich flavor in Belarus. You can find tons of variations on the recipe online and in numerous languages. Still, above all else, it’s best served with fresh homemade sour cream.[4]

Belarus isn’t the largest producer of potatoes despite being the chief consumer of them. Still, the country has a long history of cultivating the tubers. During its inclusion in the U.S.S.R., Belarus developed numerous breeds that improved the yield and flavor.[5] 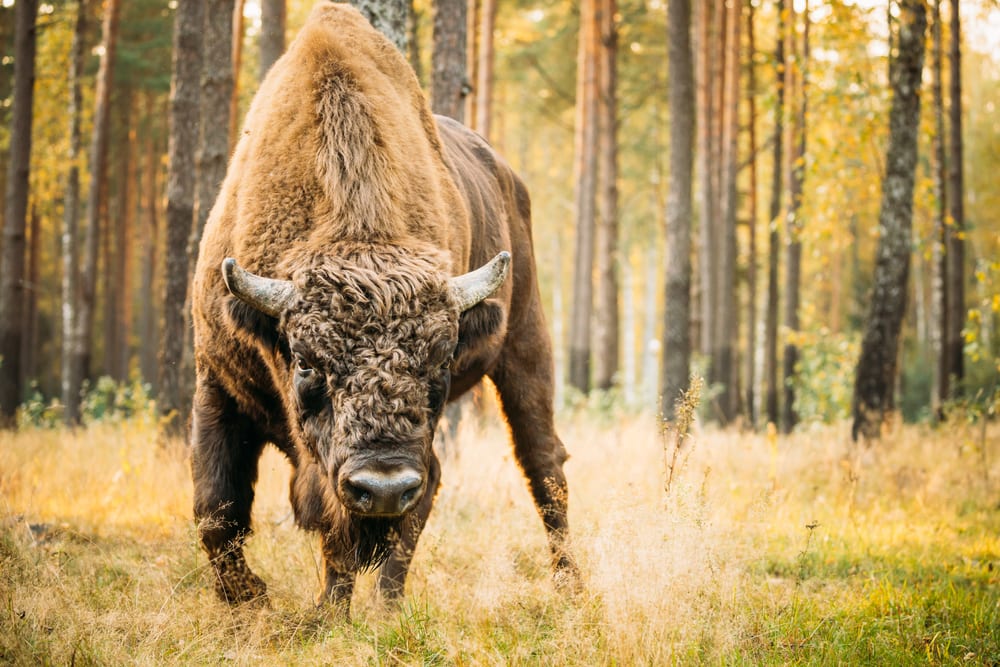 The national animal of Belarus is also the heaviest land animal on the entire European continent. The European bison (Wisent) is not only a large and majestic species; it’s also one that nearly went extinct due to overhunting in the last century.

By the 1950s, the European bison was all but extinct, but they were effectively saved while the species was on the brink. In the ’50s, a small population of European bison was released in the Białowieża Forest, and they not only survived; they thrived!

That small population of introduced bison went on to spawn an estimated 2,300 that exist in the forest today. This makes their reintroduction into the Białowieża Forest one of the most successful attempts to thwart a natural extinction on the continent.

These days, the European Bison sits on the “Near Threatened” section of the IUCN. Captive breeding programs continue to this day, and the species is no longer in danger of extinction.[6] Interestingly, Belarus isn’t the only country to call the European Bison its national animal — Poland also shares that distinction with its neighbor.[7]

6 Belarus Is Famous For Its Unique Alcoholic Beverage

Like many countries, Belarus is known for a particular type of alcohol. However, it’s likely one most people outside the nation haven’t had the pleasure of trying. Krupnik[8] is a traditional Belarusian drink that first appeared in Belarus, Lithuania, and Poland in the 13th or 14th centuries and continues to be popular among the locals.

Krupnik is a unique mixture of honey tincture and spices. These can include everything from cinnamon and vanilla to cloves, ginger, and nutmeg. The drink is traditionally served heated in small porcelain cups, though many don’t mind drinking it straight from the bottle.

If you travel to Belarus, you can expect to find Krupnik in any restaurant, where it will be served either hot or cold. Of course, not everyone likes Krupnik, nor does everyone consume alcohol. Fortunately, there’s another national favorite you can try if that describes you.

A unique beverage found in Belarus is birch juice (Byarozavik), and yes, it’s a juice made from the sap of a birch tree. When the trees are young, the branches are cut, and their liquid is collected. Using the sap, birch juice is made, and while it sounds strange, it’s incredibly popular.[9]

5 Minsk Is Full Of History

The capital city in Belarus is Minsk, and the city has a lot of history and unique features. Minsk was founded in 967 AD, making it older than Moscow. The city is home to some two million people, which absolutely dwarfs the population of the next largest city, which has just over 520,000 people.

Independence Avenue is the main street in Minsk, so it’s also where some of the city’s most important landmarks are located. Along the road, you’ll find the House of Government, City Hall, numerous churches, the old KGB Headquarters, parks, and much more.

The street is so culturally significant to the people of Minsk, it’s on the UNESCO World Heritage Tentative List as a Cultural Property.[10] Of course, Minsk is more than Independence Avenue, as it’s also host to the National Library of Belarus, Victory Square, the Bolshoi Opera and Ballet Theater of Belarus, and many other cultural and historically significant sites.[11]

4 Belarusians Are A Highly Literate People 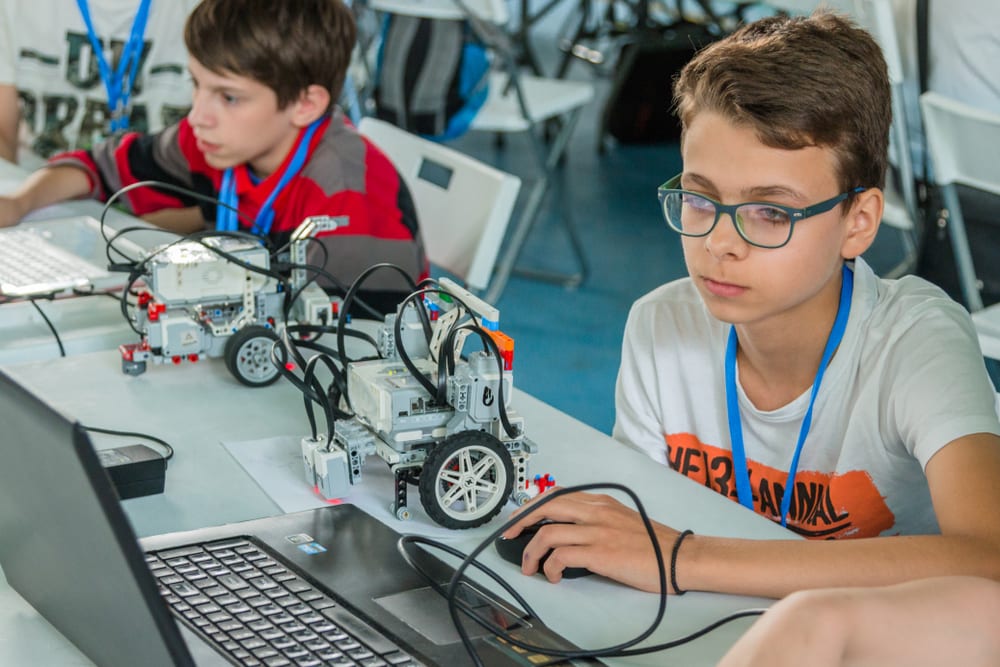 It’s easy to look upon a former Soviet Bloc country and assume its people aren’t as well educated or affluent as other countries on the continent. That stereotype is, like many, mostly false, and it’s patently wrong when talking about Belarus, which boasts a literacy rate of 99.76%.[12]

That’s obviously very high, and while that may surprise many people, something more surprising may be the fact that it’s higher than the literacy rate in the United States. The U.S. boasts a literacy rate of 99%,[13] which is still high but just under Belarus.

Belarus has a long history with the printed word. The first book published in Easter Europe, “Psalter,” was printed by Francysk Skaryna in the 16th century. He was the first publisher in a little region that would become modern-day Belarus. As a result, Francysk Skaryna is one of the nation’s most celebrated historical figures.

Belarus’ love of literature continues to this day, with numerous accolades spread throughout the population. In 2015, Svetlana Alexievich won the Nobel Prize in Literature “for her polyphonic writings, a monument to suffering and courage in our time.” She is the first writer from Belarus to receive the international honor.[14]

3 Belarus Is A Medical Tourist Destination

Like many nations in Europe, Belarus has a free medical system, and it’s as free as advertised. Medicine in the country is almost entirely free, and that includes everything from an annual checkup to cardiac surgery, neurosurgery, and transplants. Because of this, Belarus has become a medical tourist destination.

It’s not only common for people to travel to Belarus for medical treatment, but it’s also encouraged! On average, around 200,000 foreigners travel to Belarus to receive medical care at no cost, and the country actively promotes this to other nations in Europe.

Universal healthcare is a source of pride to the people of Belarus. Despite the turmoil that has erupted across the nation following the 2020 Presidential election, little has changed regarding healthcare. Most medical facilities are state-owned and operated, and they are constantly being reformed.[15]

Belarusian healthcare is free, but it’s not uncommon to offer your healthcare workers a little something extra to “look after you better.” This form of bribery is common (and illegal) but rarely comes in the form of money. Typically, gifts are provided in these situations, so it’s not unusual to see something like a nice bottle of cognac exchange hands.[16] 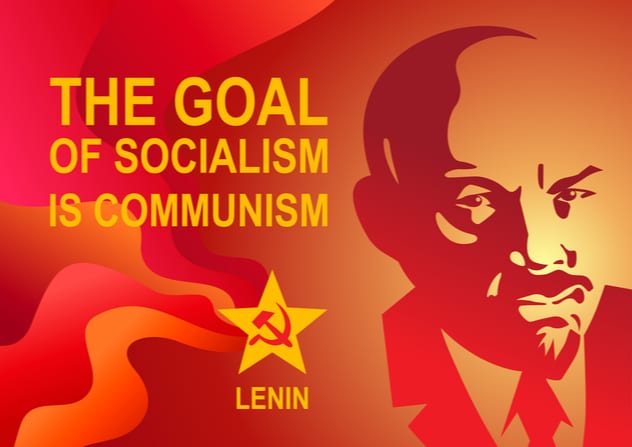 Odds are, if you ask the average westerner to name one person from Belarus, they’re going to scratch their heads and come up flat. It’s not one of those countries that breaks a lot of news outside its own borders, but that doesn’t mean it hasn’t influenced a ton of people and given the world plenty of famous names, even if it’s done so a bit indirectly.

First and foremost, Belarus memorializes Vladimir Lenin, and every city features a Lenin Street. Belarus was once the home to one man who changed world history: Lee Harvey Oswald lived in Minsk from 1959 to 1962. He married a Belarusian woman and had two daughters.

As far as the people who didn’t kill a U.S. President (Oswald) or lead a mass-murdering socialist regime (Lenin), Belarus has numerous connections to world-famous celebrities. Pavel Sukhoi was a famous Soviet aircraft engineer, while Marc Chagall is one of the country’s most famous artists.[17] Larry King’s mother came from Minsk (his father came from Pinsk), and two Israeli Presidents were born in Belarus.

Louis Bart Mayer was born in Minsk. If you’re not familiar with the name, you will know his work — he founded MGM and the Academy of Motion Picture Arts and Sciences. Harrison Ford’s grandparents immigrated from Belarus. Some other celebrities with Belarusian roots include Michael Douglas, Ralph Lauren, and Scarlett Johansson.[18] 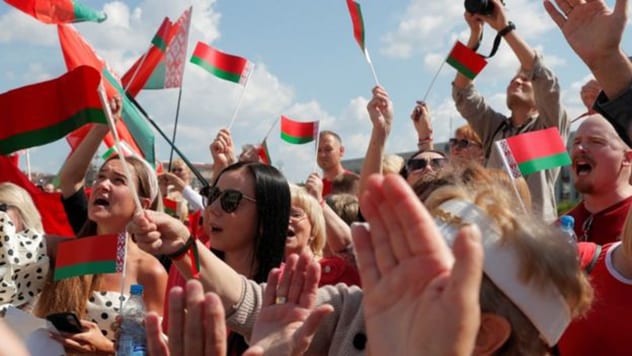 Ever since the Republic of Belarus was founded, it has been led by one man above all others: Alexander Lukashenko. In 1994, Lukashenko won the first Presidential election, and he’s kept that role ever since.

Belarus holds a Presidential election periodically, but many look upon them and conclude that they are not free and fair (in much the same way as many Americans dispute the validity of the most recent US election). Presidential elections have been held in 1994, 2001, 2006, 2010, 2015, and 2020. Each election saw a voter turnout of more than 80%, with around 80% or more going to the incumbent.

In the most recent election, Lukashenko won, but the results were immediately contested. Nationwide left-wing protests erupted over the affair, which saw his primary opposition candidate, Svetlana Tikhanovskaya, abandon the country immediately after the results were announced.

Under normal conditions, a Presidential inauguration is a huge ceremony attended by the masses, but that’s not how it went down in 2020. Instead, Lukashenko was sworn into office in secret, angering the opposition. Political and civil unrest continue to wreak havoc in Belarus.[19]

10 Dark Secrets Of The Russian Empire