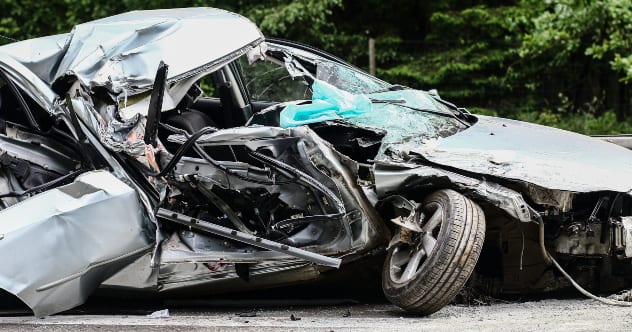 We all take our ability to travel for granted. You can drive from Boston to New York in 4 hours. That trip took early English immigrants 1-2 weeks. They had to ration out provisions just to survive the journey.

Car accidents are all too common, thanks partly to how comfortable we’ve become inside them, and some accidents are often fatal. Whether it’s due to weather, driver error, or sheer bad luck, some accidents leave a trail of death in their wake. It can be scary, not just because of the tragedy, but because we could so easily be in the victims’ place. Here are ten fatal car accidents that may freak you out, whether from sheer carnage or just the bizarre way in which they happened.

Though this first crash isn’t as big as others on this list, it is just as freaky. That is due to how little happened to cause so much suffering. On State Route 33 in Coalinga, California, on New Year’s Day 2021, a man driving a Dodge Journey struck a Ford F150 head-on. There was no inclement weather; the man had not been drinking, nor did he fall asleep at the wheel. He simply lost control for a few brief seconds, drifted into another lane, and struck the Ford.

The man in the Dodge died in the collision. Though built to hold six, the Ford had eight passengers- a mother and seven children, all siblings and cousins. This means at least two kids weren’t wearing seatbelts. Worst of all, the collision somehow caused the Ford to go up in flames, and the blaze is what killed all eight passengers. It only took one sober adult a moment of distraction and error to cause the death of nine people, including seven children.

Paul Walker was an actor known primarily for his starring role in the Fast & the Furious franchise. The role was not a stretch for Walker; he was a car collector and enthusiast and raced cars semi-professionally. The man knew his way around a vehicle. That’s why it was so surprising when he died in a car crash.

Walker was a passenger when he died, though the driver was a man named Roger Rodas, who was also a professional racer and with whom Walker collaborated on many automotive endeavors. The two were semi-experts in handling performance cars. That, combined with the clear, sunny day at the time of the accident; the lack of substances in either man’s systems; and the fact that the road on which they died was well known to the men, makes it a bit strange that they crashed. Both died, with Walker in the middle of shooting Furious 7. And no, they were neither drifting nor drag-racing.

On September 3, 1999, on Ontario Highway 401, a sudden bout of fog was all that was required to cause an 87 car pileup that killed eight and injured another 45. The area relied on a local weather monitoring station to issue warnings for fog, rain, snow, etc. but for some reason, the station failed to detect that day’s fog bank.

The fog rolled in across the highway and reduced visibility to less than one meter, which caused the first collision between two semis. This created a chain reaction of collisions that ballooned to 87 vehicles, many of them aflame, which local police described as “a massive fireball.” The extent of the horror earned that stretch of highway the nickname “Carnage Alley.”

7 Stuck in Snow but Burned Alive

This story is hard to hear, as it somehow transforms routine, mundane behavior into a grisly death. In early February, a New Jersey man was driving down a snowy road when the conditions caused him to slide off the road into a shallow embankment. It was a relatively slow, non-violent accident, and the man was completely unhurt. He began rocking the car back and forth and revving his engine to free it from the snow, often the norm in that situation.

Police arrived on the scene and told the man to stop trying to free the car, that it was no use. Instead, they told him to wait for a tow truck to arrive. The man ignored their advice, continued revving the engine, and the car suddenly erupted in flames. The man was unable to free himself from the vehicle, and the sudden blaze killed him. A simple strategy for dislodging a car from the snow ended in a horrific case of someone burned alive.

23-year-old Victoria Strauss died in a unique and terrifying way. She was leaving a parking garage in her car and stopped at the kiosk to pay for her time parked. Security camera footage shows that Strauss accidentally dropped her credit card while attempting to pay, and so opened her door and leaned down to the ground to pick it up.

It was then that she accidentally pressed her car’s gas pedal with her foot while stretching down, causing the vehicle to lurch forward. When her body was found, around six hours later, her head was pinned between the side of her car and the payment kiosk. The sudden trauma to her head killed her. A promising graduate student in social work, Strauss died in the most random, unpredictable accident imaginable.

This accident involved one death, and luckily also includes one survivor. What makes it freaky is that the crash itself didn’t kill anyone, and no one- driver or passenger- was at fault. Macho Man Randy Savage was a professional wrestler from the 80s and is one of the all-time greats. His popularity and impact on the industry were massive. On the morning of May 20, 2011, Savage was driving his Jeep with his wife in the passenger seat. Suddenly, he lost control of the vehicle and crashed into a tree. Savage died, his wife survived.

The crash did not kill him. Unbeknownst to Savage, he had had advanced coronary artery disease. On that morning, the disease caused him to have a heart attack while driving, which caused him to lose control. The crash itself caused almost no damage to either Savage or his wife; it was an unknown, underlying health issue that was the true culprit. It is freaky to know that this situation is plausible for anyone at any time.

On the Monday of October 30, 2015, 20-year-old Richard Pananian was in a hurry. Driving down the 5 Freeway in Los Angeles, California, Pananian was speeding, not wearing a seatbelt, and illegally passing cars on the right shoulder of the highway. Pananian then clipped the back of a Ford F150, spun out of control, and rolled towards an embankment.

The car’s momentum carried it up the embankment until it suddenly stopped, causing Pananian to be ejected from the vehicle. He flew some twenty feet into the air and smacked into an exit ramp sign. His lifeless body came to rest on the sign and hung there, serving as a tragic, grisly reminder of the dangers of unsafe driving until firefighters were able to bring his body down two hours later.

Anton Yelchin was a young actor, best known for his portrayal of Pavel Chekov, an engineer aboard the Enterprise in J. J. Abram’s Star Trek reboots. On June 18, 2016, Yelchin failed to arrive at a rehearsal and friends went to his house to find them.

Find him they did. Yelchin was dead, his body pinned between his Jeep and one of his gateposts. Police determined that Yelchin had driven his Jeep part of the way from his gate to his house and gotten out to lock the gate or check his mail. The Jeep then rolled backward and struck him, pinning him between it and the gatepost. He died from the collision, and in doing so became a tragic member of Hollywood’s 27 Club.

The Carrollton bus collision is an accident that famously led to renewed support for- and created the future president of- MADD, Mothers Against Drunk Driving. On the night of May 14, 1988, on Interstate 71 in Kentucky, a pickup truck collided with a school bus filled with 66 members of a church youth group. The group had visited a theme park that day and were on their way home.

Larry Wayne Mahoney had been drinking heavily and at the time of the accident, he was driving the wrong way on the highway. Though the collision itself did little damage to the bus, it did cause the bus to erupt in flames. The many passengers scrambled to escape through the rear of the bus, but in the chaos, many were unlucky. The bus driver and 26 children burned to death in the bus, and 34 more children were injured. Mahoney served less than ten years in prison, to the outrage of many.

Called “the worst motorsports accident in history” and one of the deadliest vehicular accidents of all time, the Le Mans disaster is an almost unimaginable tragedy. On June 11, 1955, during the 24 Hours of Le Mans race. The specifics of the crash have been detailed again and again, broken down into second-by-second steps, but all that is important here is that two race cars collided, sending one into a crowd of spectators.

Pieces of the car broke apart and flew into the crowd, killing an astounding 83 people and injuring as many as 178 others. One particular piece of ghoulish detail is that the car’s hood, having detached from the car’s body, flew off into the crowd, spinning. It was precisely at neck level and sped along, “decapitating tightly jammed spectators like a guillotine.”