Oh, Halloween, you’re nothing like the original holiday. But that’s okay(ish). Because thanks to our socioeconomic ideologies, we’ve found several ways to capitalize on the holiday and enhance the absolute best part of it all—the mass consumption of candy. There’s nothing like knocking on people’s doors, asking for candy, and coming home with a full pillowcase or basket of sugary treats. And we all know that there is an unspoken hierarchy to Halloween candy.

There’s the good stuff: King Size Snickers, Twizzler Pull n’ Peels, and AirHeads. You’ve got the candy bars you’re willing to trade: maybe that Three Musketeers Bar or Milky Way. And don’t forget the candy you give to your younger brother because he doesn’t know the difference between a delicious Reese’s peanut butter cup and a not-so-thrilling Mounds bar yet.

Then there’s the candy that your parents suspect has been tampered with. Though we’d rather enjoy our candy without fear that someone has done something malicious to it, we can’t. There are some creeps out there who delight in doing it. Here are the top 10 creepiest things people have done to kids’ Halloween candy.

It’s bad enough eating Milk Duds that get impossibly stuck to your molars, but finding bullets where your candy was supposed to be is probably worse.

Back in 2014, a mother from Ohio discovered bullets in her 4-year-old son’s boxes of Milk Duds. What made this an even more troublesome discovery was that her son’s preschool had handed them out during a Trick-or-Treat event. And they were certainly not duds. There were three rounds, all .22 caliber.

Though the school didn’t have anything to tell the press about the incident, they were not the ones who brought in the bullet-filled candy boxes. Parents brought in the candy from home, which means this is either a sick prank or a scary message.

Whatever the case, it was not a mistake.

9 Something to Snicker About 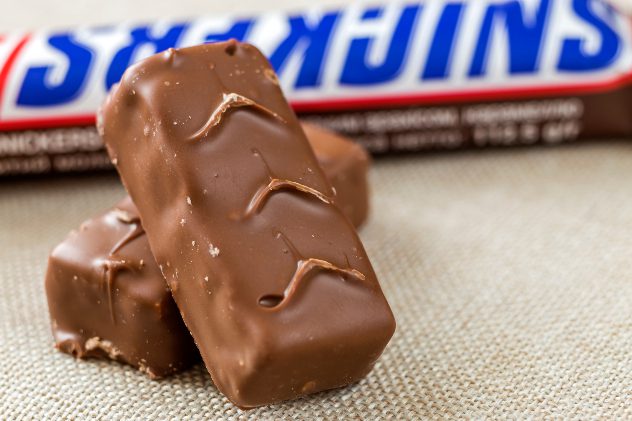 States one by one are legalizing marijuana for recreational use. But before the prohibition on pot was lifted, people had to resort to clever ways of transferring drugs from dealer to user. One dealer from Hercules, California thought of the perfect plan: transport them in Snickers candy bar wrappers.

Unfortunately, if you are attempting to mail said marijuana, totaling five ounces, and you get the address and postage wrong, your plan can backfire. Call this one unintentional, but any mysterious appearance of drugs in an edible substance is creepy.

As the letter was left stranded at the post office, the worker decided to hand out the Snickers bars to kids. And that’s how four weed Snickers bars ended up in someone’s Trick-or-Treat bag.

Police noted that the Snickers bars were so perfectly resealed that anyone could have mistaken the “candy” for actual candy. Nobody did, though, obviously. When you opened the wrapper, you found marijuana buds wrapped tightly in a plastic baggy. And I’m pretty sure it didn’t smell like chocolate.

The post office worker was not charged for being an unintentional drug dealer to minors.

8 Sticking it to Your Cheek 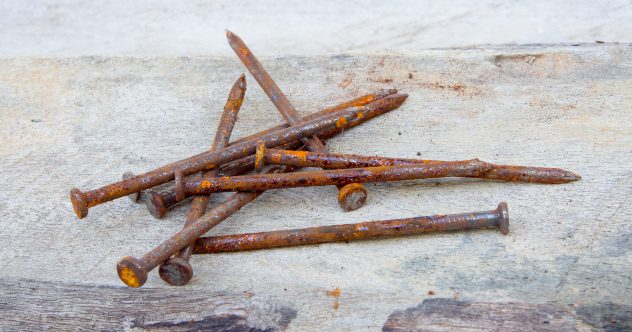 He was eating it.

Yes, he bit down on the nail, and yes, it poked his cheek. Fortunately, he was not seriously injured, and he did not get tetanus. However, I’d personally be terrified of biting into a piece of candy from then on.

The mother of the young boy’s friend proceeded to open up the rest of his Trick-or-Treat candy and found several other pieces of metal inside them. These included nails, staples, and what looked to be watch parts. 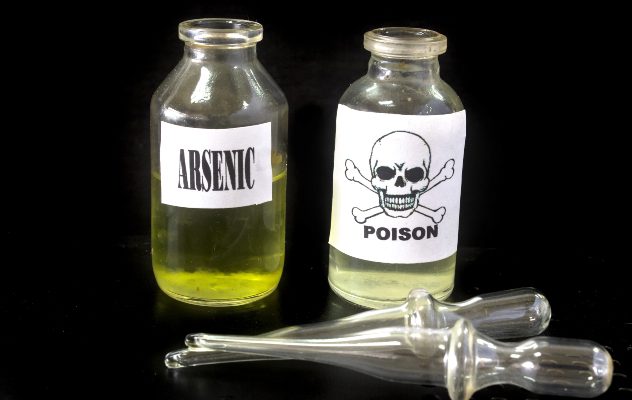 Halloween is for kids, maybe high school teenagers, but definitely for kids. So when we see that person who looks questionably too old to be trick-or-treating, a part of us judges them hard. How dare they take the candy away from the children!

But it’s not like we ever do anything about it. Unless you’re Helen Pfeil.

Helen Pfeil had been passing out candy to young kids all day, but when she started seeing people who were too old to be trick-or-treating, namely the 14-16-year-olds, she got a little too wrapped up in a “practical joke.”

Pfeil took a dog biscuit, some steel wool, and ant buttons (ant trap poison), wrapped it up like a candy bar, and handed it out to a total of 12 teenagers. Five of the candies were discovered that evening.

When confronted by police she swore she meant it as a joke; there was supposed to be nothing malicious about it. But the judge had her admitted to a hospital for a psychological examination. He states that he didn’t understand how someone with reason could poison children as a joke.

6 The Parent Tax on Halloween Backfires

Your candy isn’t yours until after your parents sift through it. That’s just how it goes. They reach in, look for the best things, and take them. It is the mommy and daddy tax. But as seemingly unfair as it is, we’d never wish ill on them.

But I guess this one is karma?

Salinas, California, 2013, a mother was eating some of her daughter’s Trick-or-Treat candy when she started to feel some curious side effects. It started as anxiety and then quickly changed to euphoria. After feeling ill, she checked the candy wrapper for its ingredients. She notices a small hole in the wrapper that wouldn’t normally be there.

She checked herself into the hospital where the doctor told her she was tripping on LSD.

The woman didn’t suffer any long-term side-effects following the incident but had it been her daughter, that may have been another story. The lesson here is to always let your parents take the Halloween candy tax; they double as taste-tester. 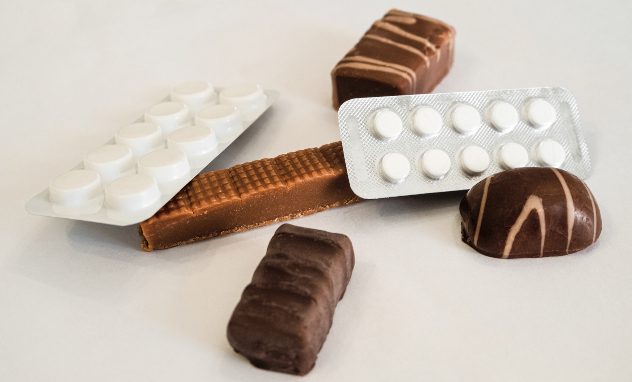 After a fun Halloween night in Lloydminster, Canada, two children found pills in their candy. One had a full blister pack of pills. The other found an individual pill after biting into his Snickers bar. Though reports didn’t include what kind of pill it was, its markings, “APO,” indicated that it was a prescription of some kind. When the parents looked at the Snickers wrapper, it was evident that someone had tampered with it.

If you were given instructions to make some of your favorite Halloween candy, it might include the preservative TBHQ. TBHQ, also known as Tertiary butylhydroquinone is a byproduct of butane; it is essentially lighter fluid.

The substance’s antioxidant properties are great for preventing the discolorization of candy that contains iron. But for humans, it’s been shown to cause behavioral problems and cancer. Preserves your food, but not you.

Of course, the FDA regulates TBHQ so we don’t exceed dangerous levels in what we eat. But if you ask me, it shouldn’t even be there, to begin with.

In 2018, a couple reported feeling ill after ingesting their children’s Halloween candy. The Sour Patch Kids had seemed fine before they opened the package, but it was obvious that they were not fine. The candy ended up testing positive for meth. Thank goodness their kids didn’t eat any of it.

2 This Candy Will Get You Going 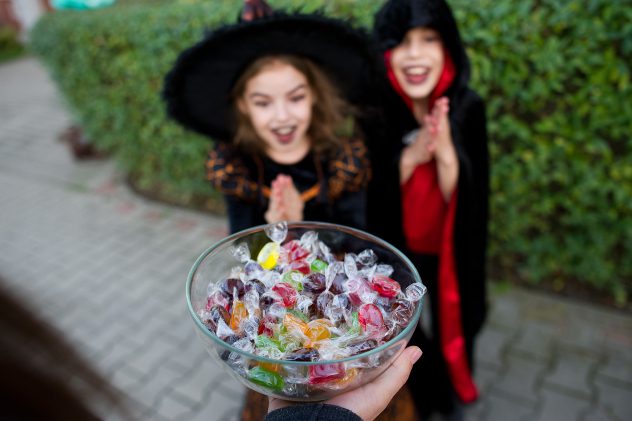 Meet William V. Shyne, a quiet dentist from Fremont, California. On Halloween 1959, he handed out 450 pieces of candy to Trick-or-Treaters—that happened to be heart-shaped candy-coated laxatives. No one knows why he did it. But if he was out to make these kids sick, he succeeded.

Thirty kids fell ill. Parents traced the candy back to the man living at 4844 Norris Road, who was none other than Shyne himself. When Shyne found out the police were looking for him, he skipped town. Police arrested his good friend Hazel Engelby, who was handing out candy with him that night.

Shyne eventually turned himself in on November 11. He was charged with “unlawful dispensing of drugs” and “outrage of public decency.” The court dropped the drug dispensing charges and let Engelby off the hook. Shyne still faced a $500 fine and spent six months behind bars.

A few years later, he was arrested for insurance fraud and spent two months in county jail. Shyne passed away in 2007, but he left a legacy of laced Halloween candy that would haunt us to this day.

On October 31, 1974, Ronald O’Bryan tragically gave his five children Pixie sticks laced with cyanide. Ronald’s eight-year-old son, Timothy, was the only one to consume the poisoned Halloween candy.

Timothy died not soon after.

No one saw Ronald lace the candy. But when investigators discovered that he had recently taken out life insurance policies on the kids, they made a critical connection. The court found him guilty of murder. Ronald received the death penalty via lethal injection. He was executed in 1984.