We all know the beloved classics created by authors who shaped our childhood—like Hans Christian Andersen’s “The Little Mermaid,” Lewis Carroll’s Alice’s Adventures in Wonderland, or Robert Louis Stevenson’s Treasure Island. Even Charles Dickens and Mark Twain are household names. But did you know that these famous authors had an affinity for writing spine-chilling tales? Here are ten horror stories from well-known authors whose most famous works are anything but terrifying.

10 “The Story of a Mother”
Hans Christian Andersen 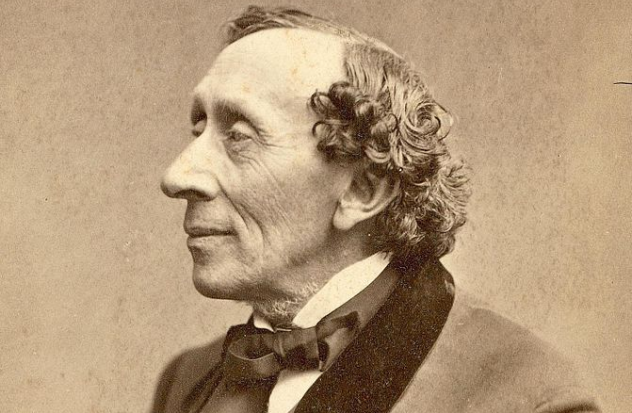 The idea of losing a child to an illness can be terrifying to any parent. Especially when medical care set in Andersen’s time can’t compare to modern amenities. This story chronicles the heartbreaking journey a mother must go through as her child wastes away from sickness. She confronts the physical manifestation of Death, the Grim Reaper himself. However, no one can stop the natural cycle of life and death, no matter how much they truly want to.

The terror from this tale is something of a descent into despair, as the mother tries everything in her power to save her child. But one by one, her hopes are dashed.[1] 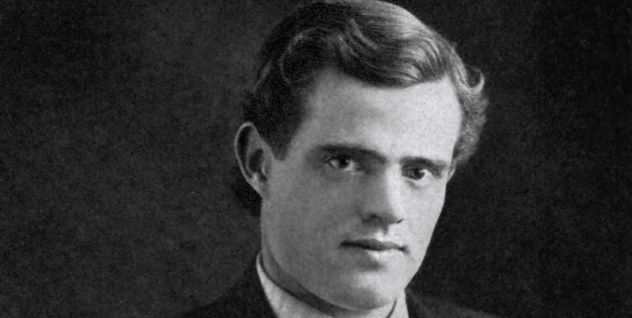 Though Jack London’s known for books like White Fang and The Call of the Wild, did you know the first piece of writing he ever published was “A Thousand Deaths”? Published in 1899, this chilling tale launched London’s career. Readers get a front-row seat to the agonizing death by drowning the protagonist experiences, who all the while regrets not having lived a more fulfilling life.

After he slips into the cold embrace of oblivion, he finds himself being jolted back to life on a boat that isn’t his. Rigged up to a menagerie of contraptions and machines, the protagonist is at the mercy of a deranged scientist trying to blur the line between life and death.[2]

8 “To Be Read at Dusk”
Charles Dickens 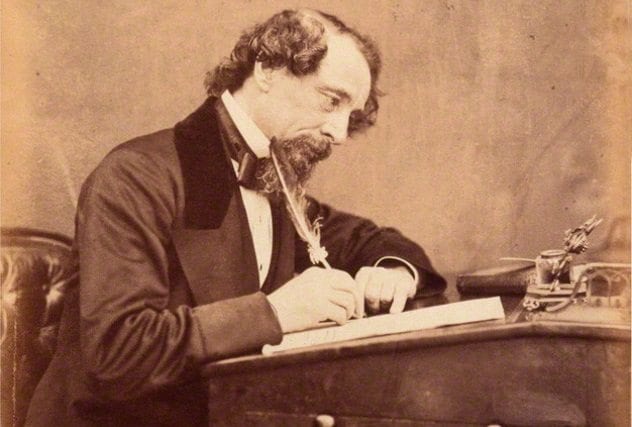 In this story, couriers from around Europe are getting comfy at a get-together near a convent in the mountains. After taking in their fill of wine and cigar smoke, the topic of supernatural occurrences comes up. Some swear the validity of these experiences. Others write them off as superstitious nonsense. It is only when Giovanni Baptista is urged by another colleague to tell everyone his encounter with an English bride that things take a turn for the sinister.

A decade ago, a couple that he knew of had recently gotten married at the time. They were happy and enjoying marital bliss. Until the wife was haunted by a mysterious man in her dreams. After becoming obsessed with her specter, this same man unexpectedly shows up for dinner with her and her husband. She faints, and though he leaves on politer terms with the husband, he checks in on her throughout the following week to see how she is doing. Days later, she disappears without a trace. And the tales of supernatural encounters among the men only start there.[3] 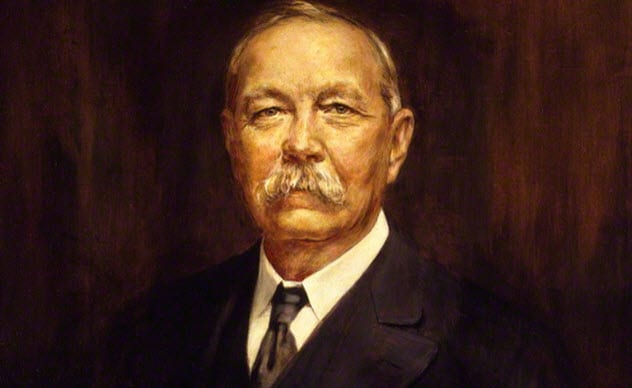 Coming from the same imagination that created Sherlock Holmes, Sir Arthur Conan Doyle crafts an eerie tale about an overworked ledger who is gifted a haunted mirror. At first, all seems normal, and the mirror works as any ordinary one would. However, when the protagonist is shown visions of ghostly apparitions and other horrors through the mirror’s surface, he starts questioning the unnerving nature of the object and even his own rationality.

All the while, the protagonist seeks the guidance of a doctor who’s intrigued at how the mirror can turn someone mad. The protagonist must unravel the tangled and possibly bloody history of the mirror before he loses the remaining bit of sanity he has.[4] 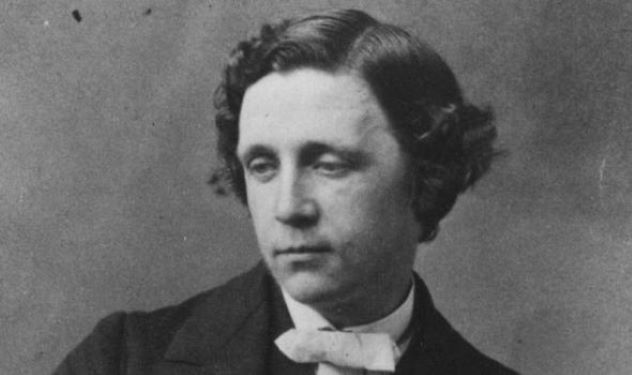 Written line-for-line in rhyme, Lewis Carrol pens the lifestyle of ghosts in the early 1900s. It begins with a spirit being invited by the protagonist to sit down in his home, have some snacks, and relax as it explains the various ways in which the dead and other-worldly folk scare the living. The specter recounts how it died (with a hard hit in the face with a bottle by an adversary) in the kind of whimsy you’d expect from the author of Alice’s Adventures in Wonderland.

The two go back and forth in witty comebacks and snide remarks, but they seem to create something of a friendship by the end of the poem. So much so that when the protagonist wakes up from his night of drinking, he cries and laments that his new ghostly friend had the wrong house and is haunting some other fellow by the name of Tibbs. Though this may not be something that will get under the skin of adults, this could be a great starting point for younger audiences being introduced to the horror genre![5] 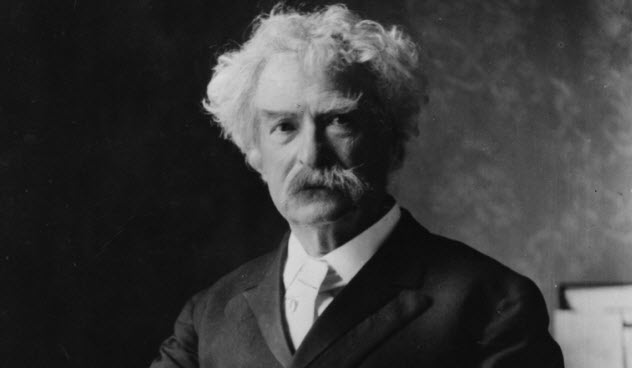 Somewhat in the same vein as the last entry, Mark Twain’s A Ghost Story chronicles the story of a man who takes shelter from the rain in the room of an all but abandoned building that seems to not have seen people traffic in ages. The storm outside calms down, and the protagonist manages to fall asleep. A while later, in the dead of night, he wakes up with a start. Feeling that he isn’t alone, he senses the bedsheet covering him being dragged off by some unknown force.

Other spooky shenanigans ensue as the protagonist is tortured throughout the night by various tell-tale signs of a haunting. One of which includes “a grating noise overhead, like the dragging of a heavy body across the floor; then the throwing down of the body, and the shaking of my windows in response to the concussion.” [6] 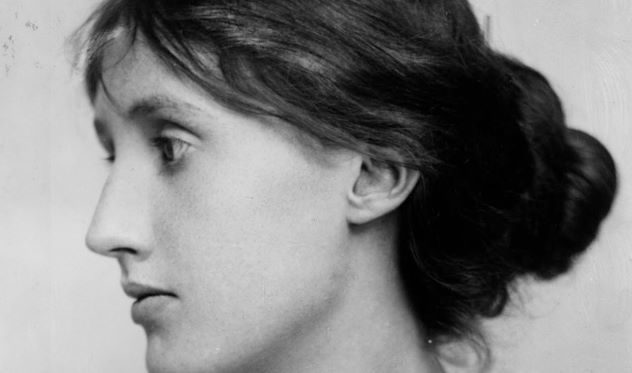 Virginia Woolf’s piece perhaps reads more as melancholic than outright horrific, but the story she pens is still eerie all the same. Her tale stars two couples, one living and one that’s apparently been dead for quite some time. The narrator writes that she can hear the ghostly couple move around the house, opening and shutting doors, cabinets, drawers, etc. She overhears them looking for their long-lost “treasure.”

She senses them come into her bedroom at night, looking down at her and her spouse while they try to sleep, all the while muttering about how they need to find this “treasure.” It’s only hours later when the narrator wakes up that she realizes the “treasure” the dead couple sought was what she and her spouse currently had—life and love within a living marriage.[7]

3 “Napoleon and the Spectre”
Charlotte Brontë 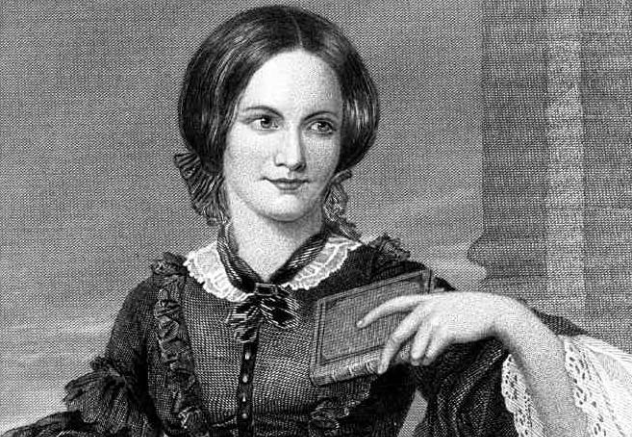 Written when she was a teenager, Charlotte Brontë’s “Napoleon and the Spectre” chronicles the farce-filled story of then-Emperor Napoleon (yes, that Napoleon) being haunted by some sort of poltergeist. It starts with him heading off to bed, all the while seeing things like tricks of the light and hearing things where he can’t identify the noises, convinced time and time again that he simply must be haunted. Even though every time up to that point, it had turned out to be a false alarm.

Later in the evening, just as he’s gone back to bed to catch some sleep, a dark figure appears by his bedside. Napoleon tries to write this apparition off as another optical illusion, but that reality is shattered when the figure speaks back to him. The demonic-looking person explains that it is, in fact, real and is there to usher the self-appointed ruler into the afterlife.[8] 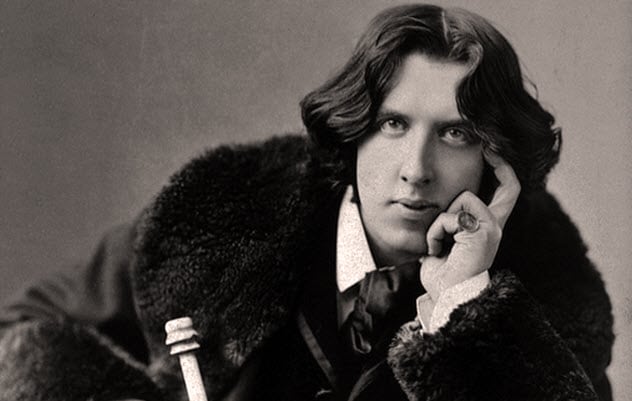 When Virginia Otis and her family purchased their new house, nothing seemed too out of the ordinary. Sure, the locals warned them that the property was cursed with spirits in every nook and cranny. But the place just slotted so neatly into their lives in both charm and affordability that they had to strike while the iron was hot. Yes, everything was going great. That is until they noticed the bloodstains on the floor.

Mrs. Umney, the elderly and gaunt housemaid of the residence, creepily informed the family that the previous homeowners were involved in a very nasty turn of events. Poor Lady Eleanore was brutally murdered by her husband just a few weeks earlier, right where the dark red stain was on the floor. The family tries to remove the stain, but the day after every cleaning, it reappears as fresh as ever. And the hauntings just begin here. The story evolves into something more complex than the Otis family could have ever imagined stumbling upon. And the decisions that Virginia makes will unearth the long-buried secrets that her new home has held for ages.[9] 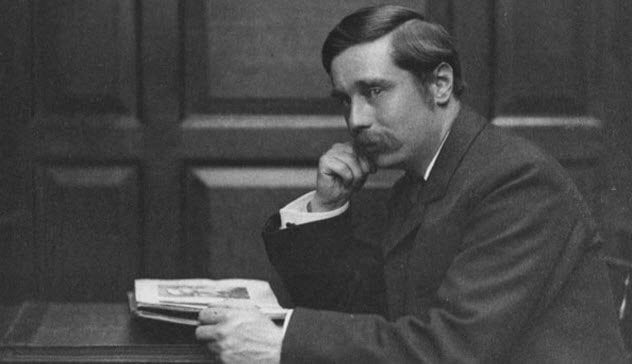 Though probably more associated with the Science Fiction genre, H.G. Wells wasn’t a complete stranger to the creepier side of fiction. In “The Red Room,” he writes about a man in his late twenties who visits an old couple who live in a supposedly haunted house. The narrator (and protagonist) is skeptical at best about the old couple’s creepy musings. But they insist that they’re true and that he should be careful while under their roof. Comfortable with challenging them, the narrator insists on seeing the room that is allegedly the source of the spooky occurrences. They tell him if he wants to see it on this particular night, he’ll have to go there by himself. The couple won’t even lead him down the hallway but rather give him directions to get to the “Red Room.”

Both his trek down the hallways and entering the room itself proves to be far more skin-crawling than the narrator anticipated. His skeptical attitude is gradually washed away by a newfound sense of dread and panic. Someone died in this room. Though he tries to convince himself that ghosts aren’t real, the candle’s flame mysteriously keeps flickering out. He soon finds out why the couple warned him not to come there, especially that specific night.[1]