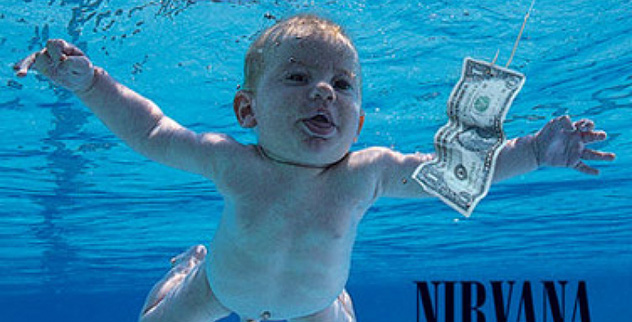 The Billboard charts can be a funny thing, making certain musical acts appear bigger or smaller than they actually are. Some of the most notorious supposed “one-hit wonders” such as Vanilla Ice, MC Hammer, or Soulja Boy technically charted two top-10 hits. On the other hand, some of the most legendary musical acts of all time surprisingly had only just one U.S. top-10 hit throughout their entire career.

While the charts measure the weekly popularity of songs and albums, some aspects of music business success prove harder to quantify. An act can sell out arenas and stadiums, prove a lasting cultural influence, become a household name—but often, those accolades accrue over the long term, rather than manifesting in short-term sales and airplay figures.

Here are iconic bands and stars who, despite their enduring status, surprisingly only had one top-10 single hit on the Billboard Hot 100 chart.

You used to know him from his oversized glasses and mustaches, then you knew him from his shoulder-length hair and Hawaiian shirts. The master spoofer has remained relevant and part of the cultural firmament for almost four decades through his continual parodies of popular songs. His most recent tour, titled the Strings Attached Tour, included a full symphony orchestra backing. Lin-Manuel Miranda, the writer and star of Broadway’s Hamilton, even called Weird Al his childhood hero.

Despite their last six consecutive albums all topping the chart, most recently 2016’s Hardwired… to Self-Destruct, James Hetfield’s and Lars Ulrich’s pioneering heavy metal band was always a little too loud for singles chart success. While they can be trusted to sell out arenas on their world tours, their biggest song was 1996’s “Until It Sleeps,” which reached #10, in fact, preventing the listener from getting much sleep.

Their next closest songs included 1991’s “Enter Sandman” at #16 and 1992’s “Nothing Else Matters” at #32. Often named one of the greatest heavy metal songs of all time, 1986’s “Master of Puppets” was only released as a promotional single for airplay and not a commercial single for purchase, making it ineligible to chart under rules in place at the time.

Still, the band earned their own standalone installment of the musical video game series Guitar Hero, one of only three groups afforded the honor—along with Aerosmith and Van Halen.[2]

The Man in Black wrote simple songs, sung simply, connecting viscerally with audiences and turning him into a legend… but not necessarily on the singles charts. His biggest hit, 1969’s “A Boy Named Sue,” settled for the runner-up slot on the weekly Billboard chart behind “Honky Tonk Women” by the Rolling Stones.

Another Rolling Stone—not the band, but the magazine—ranked Cash’s “I Walk the Line” as the greatest country song of all time, calling it “the defining moment for country’s most iconic figure.” Yet it only peaked at #17. Other iconic hits included 1963’s “Ring of Fire” reaching the same position, while 1968’s “Folsom Prison Blues” stalled out at #32.[3]

Cash’s song “I’ve Been Everywhere” detailed all the places he’d been on his life’s travels, but a trip to the top of the Billboard Hot 100 chart never appeared on the itinerary.

Fronted by Jerry Garcia, the perpetually touring band was primarily famous for their massive hours-long live shows and the cult following of “Deadheads” that resulted.

The band’s biggest hit was 1987’s “Touch of Grey” at #9, while their next closest was 1971’s “Truckin’” at #64. Their lead singer’s legacy lives on through the Ben & Jerry’s ice cream flavor Cherry Garcia, the company’s second-biggest seller of 2020, behind only Half Baked. Although based on their names, both flavors seem like ones Garcia would have enjoyed in life.

Another fun fact: the band also financially sponsored Lithuania’s 1992 Olympic basketball team since the team otherwise couldn’t afford to travel to the competition. The team wore tie-dyed uniforms in the band’s honor and ended up winning the bronze medal behind the slightly more famous U.S. Dream Team.[4]

Featuring Ringo Starr’s son Zak Starkey on drums, the band led by brothers Noel and Liam Gallagher notched eight chart-topping songs in their native United Kingdom. About 2.5 million people sought tickets for the band’s 1996 concerts at Knebworth House, more than four percent of the UK’s population at the time. But while they were undoubtedly big in the United Kingdom, they weren’t quite as huge on this side of the pond.

Their biggest U.S. hit, “Wonderwall,” peaked at #8 in 1996. Their next highest hit, “Don’t Look Back in Anger,” reached #55 that same year. Various singles which topped the British charts, including “Some Might Say,” “All Around the World,” “Go Let It Out,” and “Lyla,” failed to even crack the top 100 in the States.

Today, the Gallagher brothers aren’t even on speaking terms. In an interview with the magazine GQ, Noel said of Liam, “He’s the angriest man you’ll ever meet. He’s like a man with a fork in a world of soup.” [5]

Led by Roger Waters, the band was named for a portmanteau of blues acts Pink Anderson and Floyd Council. Between “The Dark Side of the Moon” and “The Wall,” the band claims not one but two of the 50 bestselling albums of all time. Only a few other acts can make the same claim, such as The Beatles and Whitney Houston.

Yet Pink Floyd’s album-oriented rock often proved unfriendly for radio station airplay, with radio’s focus on tight melodies versus the band’s long meandering instrumentals and solos. The group actually topped the chart with “Another Brick in the Wall (Part II)” in 1980. The next closest they came to replicating that success was 1973’s “Money” at #13.

Though their albums’ success arguably came at the expense of their singles chart success, they still ended up rolling in the “money” anyway. [6]

Country music would occasionally top the all-genre Hot 100 chart during the ‘50s, ‘60s, ‘70s, and ‘80s. But by the ‘90s, the parallel takeovers of rap, pop, and hip-hop essentially prevented country music from reaching its prior success on that metric. As a result, the single biggest country act since 1990 only earned one top-10 song. And here’s the craziest part: it wasn’t even with a country song.

While Garth Brooks was a force to be reckoned with on the albums chart, including spending a stunning 18 weeks at #1 with 1991’s album “Ropin’ the Wind,” his highest-charting song was 1999’s “Lost in You” at #5. The pop ballad, featuring little to no recognizably country elements, was technically credited to “Garth Brooks as Chris Gaines” during a brief and bizarre vanity project where Brooks pretended to be an alter ego, even though everybody knew it was him.

Brooks’s next biggest song was 2001’s “Wrapped Up in You” at #46. In January, he performed “Amazing Grace” at President Joe Biden’s inauguration despite being a Republican. “I might be the only Republican at this place,” he said about the inauguration, which also included performances by artists including John Legend, Jennifer Lopez, and Lady Gaga, “but it’s about reaching across and loving one another.” [7]

Almost every other Super Bowl halftime show act has earned multiple #1 hits, plus even more top-10 hits. Although The Who felt every bit as massive as some of those other headlining acts, perhaps even bigger in some cases, this was never quite reflected on the singles chart. Led by Roger Daltrey and Pete Townshend and originally named The Detours, their success relied more on the album chart. The group pioneered the concept of the concept album with such storytelling releases as Tommy and Quadrophenia.

Still, the actual band’s lack of a chart-topping song disproves Abbott and Costello’s claim that “Who’s on first.” [8]

Despite notching six chart-topping albums between 1969 and 1979, the band was never quite as commercially successful on the singles chart.

The band, which coined the catchphrase “get the led out,” was originally called the New Yardbirds. They changed their name after a conversation among the members about how the nascent group’s attempts at stardom might “go down like a lead balloon.” Led by Jimmy Page and Robert Plant, they changed “balloon” to “zeppelin” and altered the spelling of “lead” to “led” so people wouldn’t pronounce the word to rhyme with “need.”

Peaking at #4, their highest charting song was “Whole Lotta Love” in 1970. Their next closest song, “Black Dog,” reached #15 in 1972. Other iconic tracks like “Immigrant Song” peaked at #16, while “Stairway to Heaven” wasn’t released as a commercial single, rendering it unable to chart under rules in place at the time.[9]

As the ambassadors of grunge, the Seattle trio of Kurt Cobain, Dave Grohl, and Kurt Novoselic redefined what rock music could sound like.

Named after a brand of deodorant worn by lead singer Cobain’s girlfriend at the time, Nirvana’s breakthrough hit “Smells Like Teen Spirit” proved a cultural watershed. Everything about it stood in sharp contrast to the dominant sounds and looks of the era, from the nihilistic lyrics to the mumbled delivery to the band’s intentionally unkempt appearance in the music video. Rolling Stone named it one of the 10 greatest songs of all time and the only such song released outside the narrow 1958-71 window.

While the track reached #6 in 1992, the band’s next biggest hits, “Come as You Are” and “Lithium,” peaked at #32 and #64 that same year. Parent album “Nevermind,” with its iconic cover of a baby in a swimming pool chasing after a dollar bill, nonetheless became one of the biggest-selling and most heralded albums of all time. [10]

All these acts prove that slow and steady can win the race in the end. Will any more contemporary music acts win the contest for long-term cultural influence over their more immediately high-charting peers? Stay tuned for a few decades to find out.