10 Roads That Might Lead You Right Into an Urban Legend

Roads around the world are often the site of tragic accidents and death, then becoming the center of terrifying legends. In the city of Wildwood, St. Louis County, Missouri, lies Zombie Road, which stretches through a valley and ends near the Meramec River. Mostly unused since the 1950s, it became a popular hangout for teenagers who liked to party away from adult supervision. Zombie Road was also said to be the hunting ground for the “Zombie Killer”’ who stalked the place looking for young couples.
These days, however, ghost hunters like to stake out the road in the hopes that they will catch a glimpse of the ghost of the wife of a local judge who was hit by a train nearby and died in 1876.

On this list are some more of the creepiest roads around the world and the urban legends that made them famous. 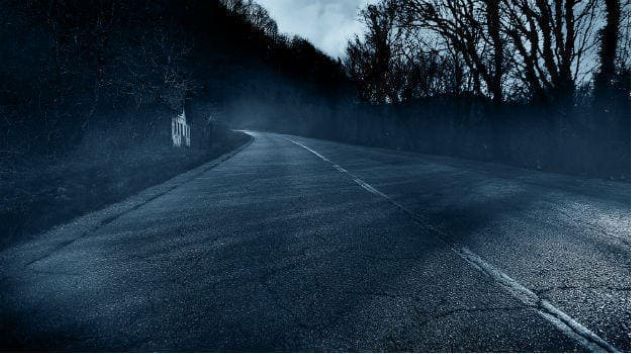 The National Highway 33 or Ranchi-Jamshedpur NH33 in Jharkhand, India, looks like all the other highways in the country: busy. It runs from Arwal to Farakka and links Bihar and Bengal.

There is a temple to be found at each end of the expressway, and it is said that those who travel along the highway must stop and pray at both locations to avoid a fatal accident. Between 2010 and 2013, a total of 245 people died in accidents on the Ranchi-Jamshedpur NH33, leading to rumors that the highway is cursed.

Many drivers have also reported seeing the apparition of a tall lady in a white saree “patrolling” the road.[1]

South Africa has its fair share of haunted roads, with the most infamous being the N9 national route which passes through Uniondale, where you might just find the ghost of Maria Roux attempting to solicit a lift from you.

The well-known Swartberg Pass in the Karoo links the towns of Prince Albert and Oudtshoorn and was built by hundreds of convicts in the late 1800s. Thirty of them died during a snowstorm, and it is said that as you drive past the spot of the tragedy, you will feel the temperature drop by several degrees—even in the middle of summer.

At another spot on the mountain pass, a guard who accidentally shot himself still hangs around in plain sight. And when the wind blows a certain way, the plaintive cries of a family who died in a blizzard can be heard in the distance.[2]

8 The Street With No Name

In Annandale, New South Wales, Australia, a narrow street that runs parallel with a rail viaduct has earned itself the moniker of “The Street With No Name.”

The bodies of murdered people, reportedly including six children, have been dumped here, which has led to an urban legend that says those who happen to find themselves on this street will likely experience fear, anxiety, and a sense of doom or foreboding. Too many of the murders have not been solved, which just adds to the air of desperation. It is also said that children and animals behave strangely whenever they are in the vicinity and that late-night visitors have heard disembodied footsteps, whispers, and
unexplained noises.

Those who believe in the presence of ghosts, are convinced that the souls of the murdered children cannot rest and are forever stuck in what is also called an “evil street.”[3]

A survey in 2020 revealed that one out of seven Brits has seen things of the paranormal variety while driving. It’s not surprising, really, as the UK is known for multiple haunted roads, including the A229 with its “Blue Bell Hill Bride” and the A696 where the spirit of a dead RAF officer lingers.

Until the 15th century, wolves were plentiful in the farmland of the East Riding of Yorkshire, which is believed to be why there are so many werewolf sightings on the B1249 between Driffield and Staxton Hill. A truck driver was traveling along this road in the 1960s when a hairy creature with glowing red eyes tried to smash through his windscreen. The incident was detailed by the author, Charles Christian.[4]

In 2016, a young woman reported seeing a “dog bigger than her car, but with a human face” while driving along the road.

The Karak Highway in Malaysia is dangerous in more than one way. It is prone to fatal accidents and is also the site where a horrifying creature is said to roam. The creature legend hails from a story about a couple whose car broke down on this highway. The husband got out of the vehicle to try and find help, and while he was gone, his wife fell asleep. She awoke to the loud sound of something banging on the roof of the car. Too scared to get out, she stayed put while the sound got louder and louder. Finally, just as she couldn’t take it anymore and was about to flee the vehicle, a police car pulled up. An officer approached her, telling her to exit the car via the driver’s side and walk toward him. As she did so, the officer told her to not look back.

She couldn’t resist, however, and as she peered over her shoulder, she saw a huge creature on top of the car gripping her husband’s head between its claws and banging it against the roof.[5]

On the Karak Highway, there have also been sightings of a driverless yellow VW Beetle that overtakes other cars but then drives in reverse while staying in front and scaring the pants off motorists. 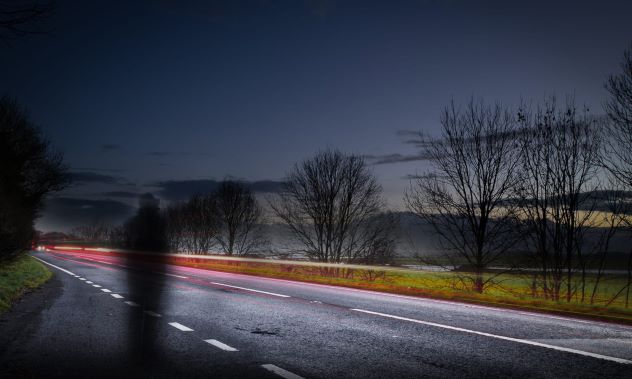 Scotland is no stranger to spooky and fantastical tales. Not only are there creepy roads, but you will find hell hounds, loch monsters, and spectral beings that haunt traditional bridges and overpasses.

The most haunted road in Scotland is said to be the A75 Kinmount Straight. It is on this road that brothers Derek and Norman Ferguson were driving when they saw a hen flying straight toward their windscreen. Then followed cats, dogs, and other animals. All the animals disappeared on impact with the windscreen.

Truck drivers have had eerie experiences on the A75 as well, with one quitting his job after waking up one night to see an endless stream of apparitions passing by his truck. Motorists have also reported knocking people over who suddenly appear before them in the road, only for them to vanish after the shaken-up driver gets out of the car to help.[6]

Mount Misery and Sweet Hollow roads run parallel on Long Island. Also known as No Man’s Land, driving down either of these roads might see you running into a group of ghostly teenagers who followed through with a suicide pact years ago.

Motorists have reported seeing the ghost of a child, who’d been killed in a hit and run, sitting on the overpass, as well as a policeman missing half of his head. Some have seen a man holding a basket containing severed heads. Another legend has it that a mental asylum once stood on Mount Misery Road and was burned down by a female patient. She also died in the fire and now wanders the road at night, still wearing her hospital gown.[7]

3 The Dark Side of Paradise

The half-faced girl of the Old Pali Road and the screaming ghost of Morgan’s Corner in Hawaii are just two of the creepy stories surrounding the roads here.

There is also the woman who died in a car crash on Palani Road in the 1950s after catching her husband with another woman. To this day, there are rumors of her spirit standing in the middle of the road, causing drivers to crash as they try to swerve around her.

While building the H-1 Highway in Oahu, construction workers unearthed the bones of ancient Hawaiians. This discovery came after several of the workers claimed to have seen the ghosts of Hawaiian warriors. This resulted in the highway taking seven years to complete because it became impossible to find people to keep working on the project.[8]

2 The Spooky Roads of Thailand 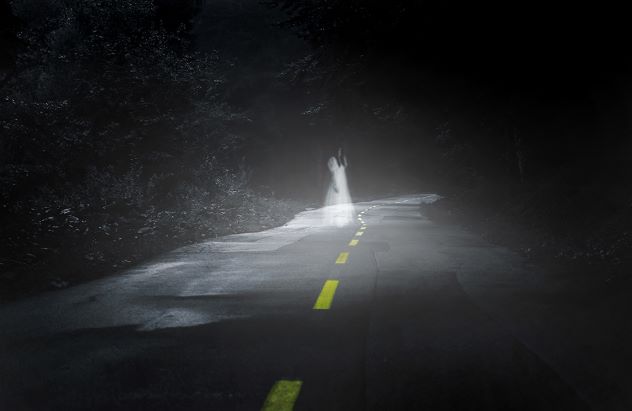 Thailand has many haunted roads to choose from should you be in the mood for ghost-hunting. First, there is the spirited Tha Chaom-Nong Chang Road, where headless ghosts and a playful female apparition with a penchant for sticking out her tongue roams.

A two-lane road in Thonburi, Bangkok, called Chak Phra Road, is the site of a creepy legend about a husband who killed his pregnant wife. It is said that her spirit still cannot rest, and she haunts the road, hanging out in front of the Wat Taling Chan temple. Many taxi drivers refuse to use the road at night out of fear that they will encounter her ghost.[9]

1 Ghosts around every turn

Route 66 was one of the original highways in the U.S. Highway System. It was decertified in 1985, but some segments of it can still be traveled as part of the designated “Historic Route.”

Along with the various tourist attractions that Route 66 has to offer, ghosts lurk around just about every turn in the road. The Missouri part of the route is known for the specters that haunt the Bethlehem Cemetery and the Bloody Hill Ghosts at Wilson Creek. In Oklahoma, apparitions float around in the Tulsa Little Theatre and the Gilcrease Museum.

In Arizona, visitors can take a break from their road trip to do some sightseeing at the Navajo County courthouse, which is haunted by the only man ever hanged there. And in California, there is the haunted Georgian hotel to explore and the cheerfully named Suicide Bridge.[10]